We usually know the blueprint to increase our technical or functional proficiency in something, but how do you do that with something as intangible as mindsets or thinking?

The more you study people at the top, the more they talk about the 10x impact one mindset shift can make. Or they’ll talk about things like the importance of thinking strategically? How do you develop that skill if you’re not a high level manager? And if you are a high level manager – how do you make sure you’re seeing the landscape around you through the correct lens?

These are a couple of things I learned while reading What the CEO Wants You To Know by Ram Charan.

Understand the Big Picture of Business

To cut through the complexity of that thought, Charan gives the example of a street vendor in an Indian village. Every morning, he has to figure out what fruit to buy based on what he can sell. Then he has to determine how much to charge, adjust prices, make sure his inventory doesn’t rot, and maximize incoming cash. Stripped to it’s core, these are the basics of business.

Everyone knows they need to understand the ‘bottom line’, but what does that actually entail? Charan mentions that money making boils down to:

Here are some questions to ask to see if that is working,

This is what gives a person the bigger picture of a business. The skill of business acumen is highly valued, it’s one of those “it” skills. “It” meaning one of those things where you can tell when someone has ‘it’ but it may be hard to define what ‘it’ is. Acumen means a full grasp of knowing these building blocks of making money.

Many people aren’t able to see the bigger picture because they build their careers in one silo. They stay focused in one area such as sales, production, support, finance, etc. and then move up vertically. They obtain a high degree of proficiency in their arena, and they know exactly what is best for their department – but not necessarily for the whole company.

That’s where there’s a gap. A person has to be able to rise out of the trenches and see the bigger picture.

A great way to see businesses broken down into these simple building blocks of making money is by watching The Profit with Marcus Lemonis. On the show you see people who may have very successful businesses on the surface, but they fail at the simple building blocks. They don’t know their inventory costs or margins. In some cases you may have someone who is creatively strong, but does not understand the numbers at all. The amazing thing is that simple adjustments and controls can have a huge multiplying effect on profits and losses.

If many business owners don’t understand their total business, what about an employee in a small company or corporation? Paying attention to the big picture by understanding the building blocks – and more importantly, how your role can impact those numbers – can dramatically increase your value.

Exceptional executives have deep knowledge of how the pieces of the organization fit together to create value and deliver results. Many leaders arrive into the C-suite having grown up in functions like Marketing or Finance and lean too heavily on instincts and cognitive biases shaped by their ascent within those disciplines. Leaders who ran one business of a multi-business enterprise often favor that business within the larger portfolio. Exceptional executives defy such predispositions in order to integrate the entire organization into a well synchronized machine. Executives develop breadth by broadening their exposure to the full organization and taking assignments across disciplines.

They also focus on strengthening the organization’s seams to minimize poor coordination and fragmentation while maximizing the things the organization must do in competitively distinct ways. Exceptional executives maintain a solid grasp on the ever-changing context within which their business competes. Their natural contextual intelligence lies at the intersection of insights into how their organization uniquely competes and makes money, and what is most relevant to the customers they serve ? even when customers may not know themselves.

But what if you’re the low person on the totem pole? How do you add value – much less think like a CEO?

Part of seeing the big picture is understanding what your unique value and insights are that are relevant to the bottom line. In the case of an executive, many of them are disconnected from the front lines.

Think about how often we complain that upper management doesn’t truly understand our day-to-day on-the-ground realities. It’s natural. Leaders get disconnected from the basics. Think about how many layers and filters there are between the customer-facing salesman at a car dealership and the CEO of one of the major auto manufacturers. What about between a mid-level manager and a frontline employee?

This is the premise behind another TV show, Undercover Boss. The CEO pretends to be a new employee and works on the frontline and tries to get new insights into his or her business. This allows a leader to get an unbiased (#nofilter) view of the business. They’re able to see how things like company culture are being practiced at the basic levels. They’re able to see things like minor annoyances that can grow and get big.

“It takes insight into how the organization really works and how to link people’s actions and decisions to the right priorities. It is this ability, in fact, that sets the superstar CEOs apart from the rest.” -Ram Charan

This is a basic way of developing empathy (another hot button core leadership competency). A leader has to put themselves in the shoes of who they are leading and truly understand what they deal with. If not, they will never be a fully respected leader.

Take this example from the NFL. Pay attention to what Richard Sherman says in response to new rule proposals by the NFL Commissioner Roger Goodell.

…Goodell recommended a rule that would result in ejections for players who committed two personal fouls during the course of a game. Sherman ripped the idea behind the proposal.

“I think it’s foolish,” he said. “But it sounds like something somebody who’s never played the game would say, something that they would suggest, because he doesn’t understand. He’s just a face. He’s just a suit. He’s never stepped foot on the field and understood how you can get a personal foul.”

…He was also asked why the rules governing what a catch is have generated so much controversy.

“Because you’ve got a bunch of suits doing it,” Sherman said. “Like I said before, you don’t have a bunch of guys … let Jerry Rice and Michael Irvin talk about it for about 20, 30 minutes. Maybe Cris Carter. Randy Moss, let those guys have a roundtable discussion about what a catch should be and come up with a rule. “I guarantee you it’d be more effective than the rule they have now because those are the pass-catchers. Those are some of the best pass-catchers we’ve had. I think it’d be more straightforward and to the point. You’ve got a bunch of guys who have never played. They’ve probably touched a football to hold it out or to shake somebody’s hand, to take a picture, but they’ve never played the game.”

No matter your role, there are unique insights from your experience that other people simply will not know. The more you can communicate the issues you deal with, in context of the big picture, in a language the CEO understands, the more indispensable you become. The more you demonstrate business acumen. 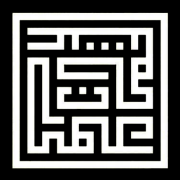 Omar Usman is a certified trainer and speaker through the John Maxwell Team. He also has over 10 years experience in the healthcare/corporate arena having worked in support, project management, and consulting.

This site uses Akismet to reduce spam. Learn how your comment data is processed.